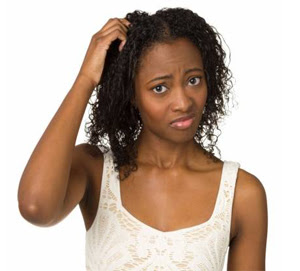 Dandruff is a term commonly used to describe the flaking that often takes place on the scalp and sometimes the face. Most individuals mistakenly think that it is as a result of dry skin, poor hygiene and frequent shampooing. This misconception often leads to inappropriate and ineffective treatment. More recent research has shown that dandruff is a medical condition caused by the overabundance of a normally occurring scalp organism.

A more severe form of dandruff is due to a genetic condition known as seborrheic dermatitis or seborrhoea. In this condition, the turnover in skin cell production is faster than normal in affected areas. When this occurs, a lot of extra skin is shed resulting in the flakes seen. Another cause of severe dandruff is Psoriasis.
Dandruff usually begins anytime after puberty when the sebaceous (oil) glands that are linked to hair follicles come to life due to hormonal stimulation. Incidence is highest by age 40 years. These glands produce excess oil which is responsible for the greasy texture of dandruff and there is often associated inflammation leading to itching. There is a combination of rapid cell turnover and excess oil production. 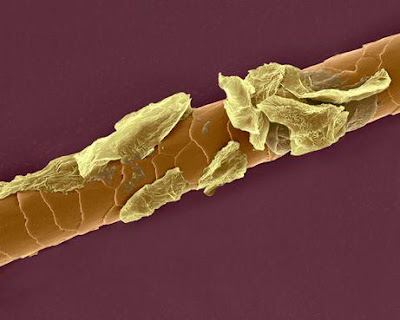 There are factors that trigger seborrhoea such as stress, hormonal imbalances, neurological conditions and infections. Dandruff is very often caused by the body’s reaction to a yeast like fungus known as Pityrosporum ovale that naturally occurs on the scalp. The natural scalp-cell renewal process is accelerated and dead cells flake off faster when fighting this fungus. The severity is affected by stress, diet, hormones and climate.
Dandruff is a Medical and not a Cosmetic problem
Under normal conditions, P.ovale yeasts can live on the skin without causing any problems but when overgrowth of the organism occurs in response to stress, climatic change, hormonal changes, heredity and diet the response results in dandruff. The organism feeds off lipids in the skin and secretes enzymes that digest these lipids forming irritant fatty acids that lead to skin inflammation and tissue damage. The body’s natural defense for fighting off this organism results in the flaking, scaling and itching. These are the symptoms of dandruff. 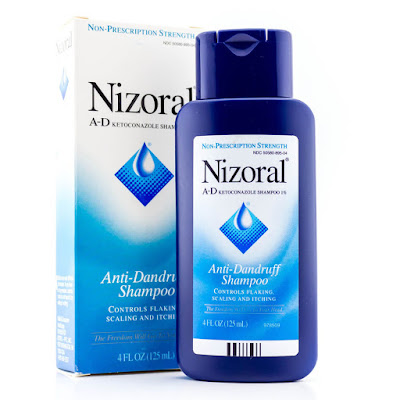 The best way to treat dandruff is to tackle the several factors that contribute to its formation. A synergistic approach is aimed at, killing the yeast and bacteria exfoliating the buildup of excess skin cells, slowing the rate of new skin formation and reducing inflammation.

Getting Rid of the Bugs
Ketoconazole is a very effective antifungal agent available as a shampoo. A popular brand is Nizoral which comes in the 2% prescription strength and the 1% over the counter preparation (Nizoral A-D). The cream is available and can be applied to the scalp and is useful in cases of facial dandruff. Selsun Shampoo is a Medical Treatment for Dandruff and contains 2.5% Selenium Sulfide, an antifungal agent. Ciclopirox is the active ingredient in prescription antifungal shampoo, Loprox. A good antibacterial shampoo is Carmol Deep Cleansing Antibacterial Shampoo which has added urea, a potent humectant, to treat flakiness. Zinc pyrithione is capable of killing both bacteria and yeast. It is available as a shampoo such as Neutrogena T/Gel or as a liquid that may be applied twice a day if daily washing is not convenient. Stopitt Medicated Anti-Dandruff Hair & Scalp Treatment is also very effective in the treatment and control of dandruff. Popular over the counter dandruff shampoos include Head & Shoulders, Keracare anti-dandruff and Sulfur8 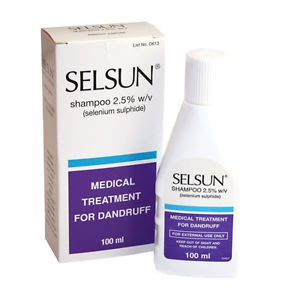 Tar helps to slow down the process of rapid skin cell turnover by interfering with new cell formation. A lot of Tar containing shampoos are available an example is Neutrogena T/Gel Extra Strength Shampoo. 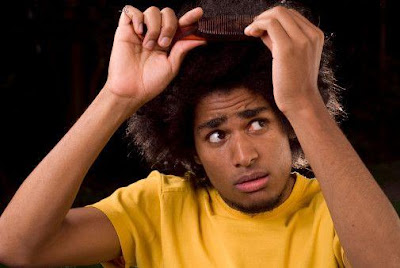 When the flare up is at its worst, topical steroids may be required to calm inflammation. These preparations which are liquid drops in prescription and over the counter strengths can be applied to the scalp twice a day until the inflammation subsides. These should not be used for more than two weeks at a stretch. Steroid shampoos such as prescription Capex could be used for about a week at a stretch and then once weekly to keep inflammation at bay. For cases due to Psoriasis where there is excessive dead cell buildup in thick crusts, a prescription potent steroid mask such as DermaSmoothe F/S Liquid may be applied at bedtime for 2-3 nights in a row with a shower cap then shampooed out in the morning. 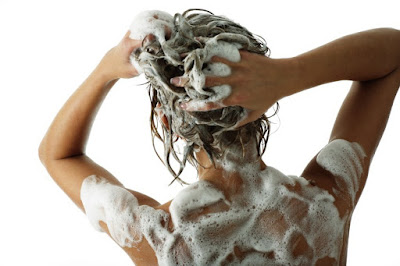 It is surprising for most people to imagine that dandruff could appear on the face. When it does, it is commonly found on and in between the eyebrows, the nasolabial folds (the fold between the corner of the nose and mouth) and the beard area in men. Dandruff could appear on any part of the body that has hair. The appearance of dandruff is so unpredictable and periods of improvement may vary greatly. Treatment of facial dandruff also needs a synergistic approach. A low dose steroid cream like DesOwen lotion could be combined with an antifungal cream such as Nizoral. Sulphur containing products exfoliate and are antibacterial. A prescription strength sulphur containing facial cleanser known as Ovace is available for the treatment of facial dandruff. Zinc containing cleansers are also useful.

Thank You for Reading my Article

Get Your Skin Glowing!

Please create a layout first. watch this video to learn customize layouts
Advertise with us
Call or text 08099636703 to advertise with us.
For your dermatology/skin care bookings, please use the form on the website or Click here.
21

All About Stretch Marks

Stretch marks, also known as striae distensae, occur when there is an increase in circulating glucocorticoid hormones in...